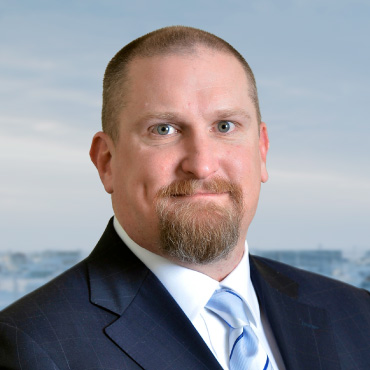 Matt Waldron serves as executive vice president and general counsel for Arctic Slope Regional Corporation, and is responsible for overseeing all of the Company’s legal matters.

Waldron has been with ASRC since 2013. Prior to joining ASRC, Waldron was a corporate associate attorney at Latham & Watkins LLP and Sullivan & Cromwell LLP, specializing in business transactions including mergers & acquisitions, debt and equity offerings and other financial matters.

Waldron earned a BS and JD from Georgetown University in Washington, D.C.

Waldron also served over five years on active duty as an officer in the US Army and was a project manager for a defense consulting firm in Washington, D.C. Waldron was awarded a Bronze Star as a Captain for his service during his deployment in Iraq.