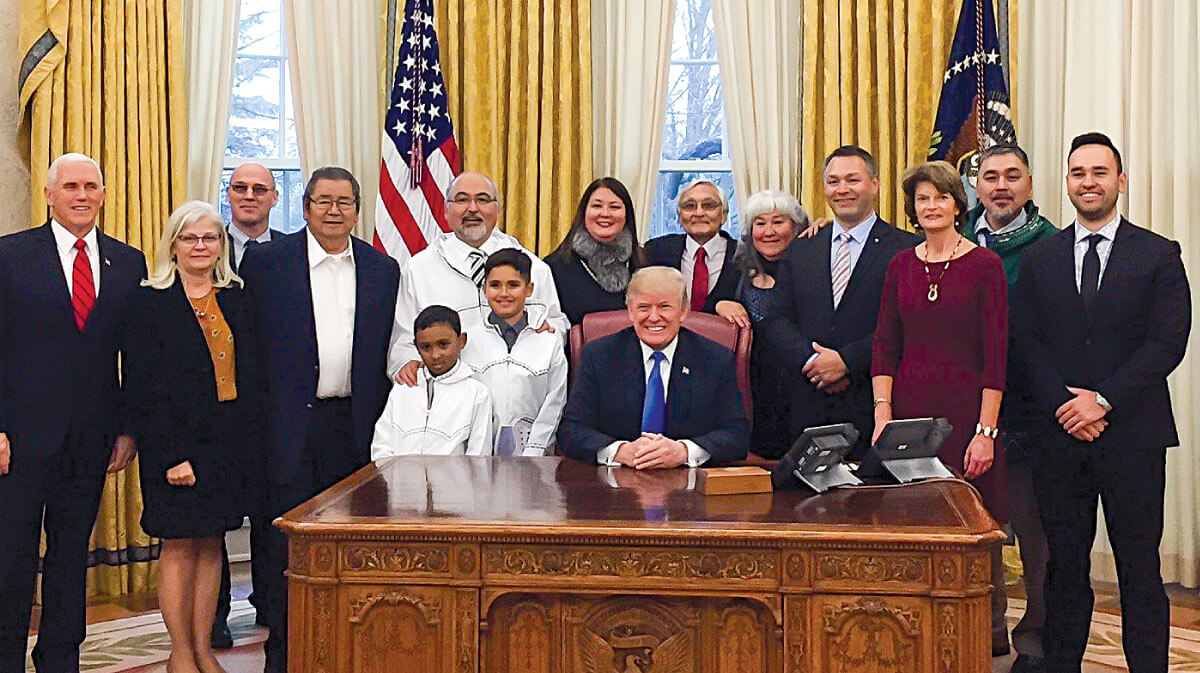 ASRC is pleased with the passage in December 2017 of the Tax Cuts and Jobs Act, which included language to open the non-wilderness section of the Arctic National Wildlife Refuge (ANWR) Coastal Plain to natural resource development. ASRC, the State of Alaska, Alaska’s Congressional Delegation and other supporters had been pushing to open the 1002 Area for nearly 40 years.

ASRC had joined the Governor, the Alaska delegation, the leadership of the North Slope Borough, the majority of Arctic Slope village leadership and the overwhelming majority of Alaskans in calling for resource production in a small portion of the refuge.

According to the U.S. Geological Survey, the non-wilderness area of ANWR’s Coastal Plain is believed to hold a mean estimate of 10.4 billion barrels of recoverable oil. This area was specifically set aside by Congress as a study area because of its potential to hold significant amounts of recoverable oil and gas.

On this page, you will find additional information about what responsible natural resource development in ANWR will mean to our region, and what next steps are necessary to make exploration and development a reality.