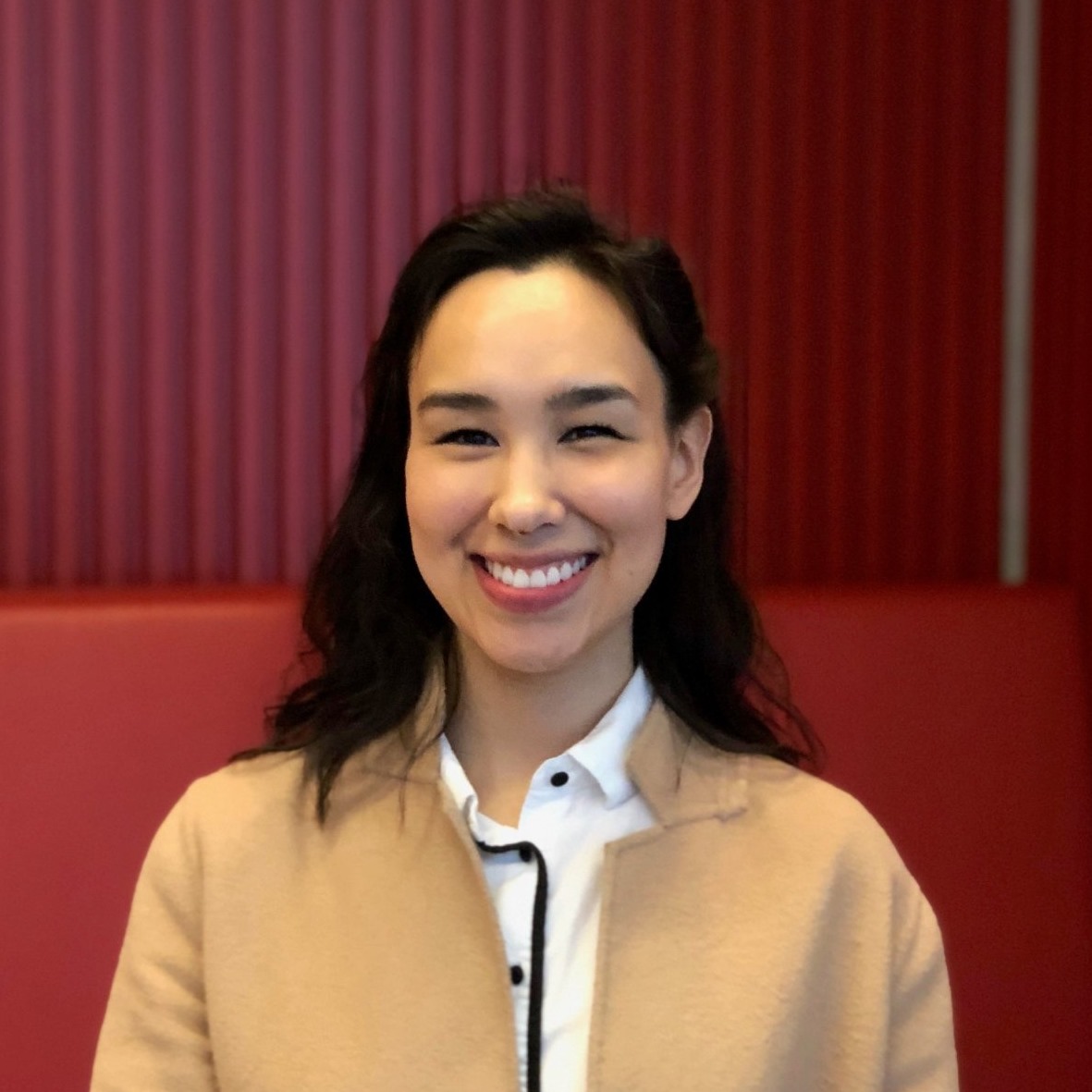 Storytelling has been an inherent part of Alaska Native culture for generations, but Inuit voices are struggling to be heard at a national level.

Enter Alice Qannik Glenn. Alice has always been curious – asking questions, challenging systems and striving to learn more about various topics. She is also passionate about accurate and authentic Alaska Native representation in the media.

The culmination of all these things inspired her to create her own Podcast called Coffee & Quaq.

“There were no other Alaska Native podcasts out there, that I knew of, so I asked myself, ‘If not me, who? And if not now, when?’”

Alice is right – it’s rare to see Native representation in the media. According to the 2016 American Society of News Editors Diversity Survey, most newsrooms don’t employ any Native American or Alaska Native journalists or editors at all, with only 0.39% of U.S. newsroom workforces identifying as American Indian or Alaska Native.

Further, the indigenous population is persistently underrepresented in the media. In a 2010 review of the top 20 Internet news sites by traffic, only 0.6% of the people portrayed in the news coverage were Native American or Alaska Native.

But the perspectives of Alaska Natives are often completely different than those of non-Natives.

“Our experiences as Alaska Native people, in all their complexities and nuances, are valid. Our voices should be heard, and we should see and hear ourselves in the media we’re consuming,” says Alice. “So this [Coffee & Quaq] is my attempt to provide that for our community, and specifically the young Alaska Native community.”

The idea for Coffee & Quaq came about after Alice moved back to Alaska from Florida, where she attended university. She would find herself having rich conversations with other Alaska Native people, discussing everything from current events to food recipes. She wanted a way to preserve these types of exchanges, and a podcast was the natural fit because, in many ways, a podcast aligns with the oral traditions of Inuit people.

Alice brings a critical Indigenous lens to her conversational podcasts. Telling Native stories with Native voices, she only interviews fellow Alaska Natives (with the exception of one upcoming episode that focuses on the non-Native experience growing up in rural Alaska).

Since Coffee & Quaq’s inception in June 2018, six episodes have been released on a range of topics including traditional Inuit tattoos, Alaska Native foods, LGBTQ+ in the Native community, use of the word ‘Eskimo’, art and cultural appropriation and decolonization.

“I learn something new from every single discussion with a guest on my show. I received a formal education in aerospace, but I really feel like I’ve learned so much more in the short time I’ve been working on Coffee & Quaq.”

Alice worries that some topics might be criticized by the community, but her hope is to spark discussion on topics of interest in a culturally relevant setting and challenge what people think.

“I hold my Inupiaq values close to heart, and culture is a driving focus of this project.”

This means it’s important to Alice that the interviews are never cold or transactional. She works to genuinely connect with her guests on a personal level so they are comfortable with what it is they are sharing.

And while the podcast is conversational and sounds informal, this belies the care taken in the making of Coffee & Quaq. In addition to brainstorming topics, finding individuals to interview and creating questions to direct discussions, the interviews themselves typically last 2-3 hours. Alice then has to edit and cut the audio, then post the final product online.

All of that on top of Alice’s fulltime job has led to some inconsistency in her posting.

“My listeners want more and more episodes, but I have a full-time job, so I don’t have a whole lot of time to dedicate to the podcast,” says Alice. “My goal to mitigate that is to find ways to work on my podcast full-time, and learn to monetize it somehow. That way, I’ll have the freedom and time to concentrate on the podcast and make a living.”

Despite this, Coffee & Quaq has a 5-star rating on Apple Podcasts. You can also find Coffee & Quaq on Google Play Podcasts, iHeartRadio Podcasts, YouTube, Patreon, SoundCloud, Stitcher, or coffeeandquaq.com. Episodes also air on KRFF 89.1 Voice of Denali, KBRW 680 AM and KONR Out North Radio. And Coffee & Quaq’s listeners aren’t just located in the U.S., with individuals from the U.K., Canada and even Finland downloading the podcast.

Alice has also received help and support from various friends and family members to keep her grounded in Coffee & Quaq’s mission.

“My Mom, Dad and my sisters helped me fine-tune my vision. My partner Amos helps me with every episode. Jenny Miller, Jacqui Igluguq Lambert and Howdice Brown III help me with brainstorming, networking and moral support.”

“As long as there are current event topics, there will be an Alaska Native perspective to share.”

Alice Qannik Glenn was born and raised in Utqiaġvik. She currently resides in Anchorage with her long-term partner Amos Tumaitchaq Stankiewicz and his 5-year-old son Joseph Aviugan Stankiewicz. Her parents are Richard Savik Glenn and Arlene Iqilan Glenn. She is the granddaughter of Robert A. Glenn and Alice Kannik Glenn, and the late Frankie Mitchak Akpik, Sr. and Jeanette Patuk Akpik. She has three sisters – Patuk Glenn, Roberta Tuurraq Glenn and Joanne Mitchak Glenn.

Alice received her bachelor of science in aerospace studies from Embry-Riddle Aeronautical University in 2014. She has 6 years of internship experience with various NASA contractors, as well as 2 years’ experience as an environmental specialist for UIC Umiaq. She has previously worked at Rasmuson Foundation as a momentum program fellow, a leadership program done in partnership with Philanthropy Northwest to prepare professionals from underrepresented communities for careers in philanthropy.