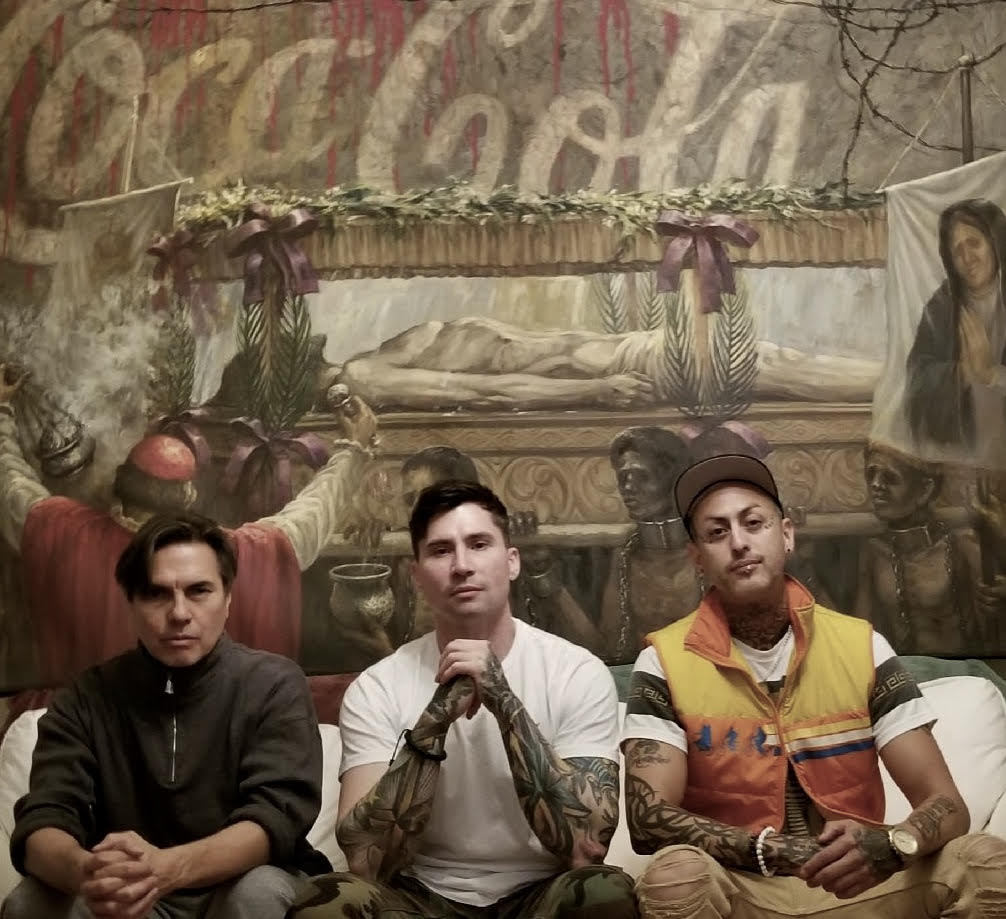 David Kennedy methodically ticks the boxes of the scaffolding checklist through numb hands. It’s mid-September on Alaska’s North Slope – the average temperature is in the upper 30s and most of the birds have flown south.

At the end of his sign-off, Kennedy notices a gosling in the distance that appears too young to fly. At this point in the season, he worries it may be too late for the baby bird to make it to warmer weather.

“Why wouldn’t the chick be able to fly?” he ponders. The question stays with him the rest of the evening.

Once off the clock and back inside at camp, Kennedy puts pen to paper. Within 20 minutes he has a complete first draft of his children’s book, Greater. 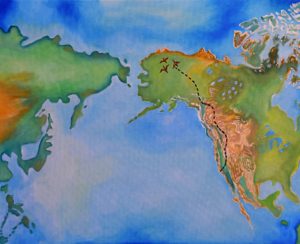 Kennedy doesn’t remember a time in his life where he wasn’t creating stories in his head, constantly finding intrigue in everyday events that he believed could be turned into notable films or novels. He was used to writing down ideas, and then leaving them as just that, scribbled-down thoughts on scraps of paper.

Finishing the entire story of Greater was a big step in his eyes. Kennedy felt content having channeled his energy into writing; he didn’t plan to pursue publication. It was only when a close friend of his, Nelson “Datu” Anderson, gave him a nudge (or maybe more of a push) that things began moving in that direction.

“It was a little more than a nudge; it was momentum. He gave me all the momentum.”

Between meetings, finding an illustrator, and penning rewrites, Kennedy had found the motivation he needed to continue working on the story for the next three years. Writing acted as his sanctuary while he struggled with one major life upheaval after another.

He was coping with the loss of his father, whose struggles with addiction gave Kennedy a precursory look into the kind of destruction that lifestyle yields.

He was going through a turbulent divorce and feeling the weight of loneliness settle in from the separation.

He was returning to work on the bleak landscape of the North Slope, a sharp antithesis to his home in California.

He was moving from the Los Angeles area to Sacramento County, losing much of his support base in the process.

And he decided to quit drinking. 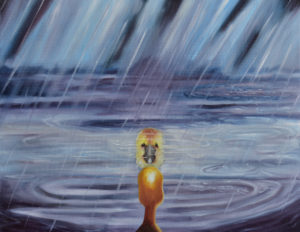 The decision was one he had made before. He had been able to quit for six months here, six months there, but those attempts were never successful. Kennedy knew that things were getting worse, but that realization alone wasn’t enough to make him commit to sobriety. Accepting that he needed to seek help wouldn’t come until he hit the lowest point in his addiction.

Six months before he returned to the North Slope for work, where his journey with Greater would begin, Kennedy’s father passed away.

“It was very destructive,” he recalls. “That was the beginning of the end, my dad dying. That was my most destructive time.”

The loss provoked a further descent into old habits, and he spiraled into a familiar darkness, so much so that he barely remembers anything from his father’s funeral. A few weeks later, the shame of that evening, of losing that opportunity to say goodbye to his father, led Kennedy to again make the decision to quit drinking. This time it stuck.

His recovery was far from easy. In the first year of his sobriety, Kennedy did almost everything he was told not to do. He changed relationship status, changed jobs, and changed cities.

“I guess I was still rebelling somehow,” he half-jokes.

Having a strong support base has been vital to his recovery. “I just recall when I couldn’t do it by myself throughout my sobriety. To have those people – there’s nothing more valuable.”

That same support base has acted as Kennedy’s sounding board, mentor, and cheerleader during his journey with his children’s book. 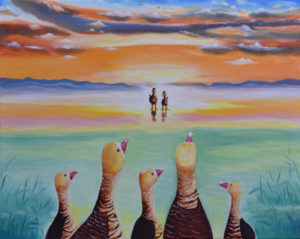 The story of Greater is built around the concept of trauma leading to fear, and ultimately redemption from that fear. The book features a family of Greater White-fronted Geese, and is set primarily on Alaska’s North Slope. When one gosling witnesses the death of a sibling, he struggles with trauma and guilt, and finds himself unable to fledge and fly south. An older sibling then guides the gosling through his fears and helps him understand that the incident was not his fault. Working through his trauma allows the gosling to develop into a strong flyer and join the rest of his family in migration.

Kennedy feels readers will relate to several aspects of the story, particularly the notion of blaming oneself and allowing that to fester. “I think a lot of the stories we tell ourselves in our own heads are not true and end up holding us back.”

He also believes that emotional pain can be powerful when used to relate to someone else or as a means to grow and change. He hopes the book serves as an invitation to be honest about traumatic experiences and encourages those that need it to seek help.

Growth has been central to Kennedy’s own recovery over the past three years. He says there is a lot of discomfort that goes into being sober, but the experience has taught him how to be uncomfortable without turning to alcohol or falling into depression.

“You develop into who you’re supposed to be on the other side of that discomfort.”

He is encouraged by the changes he has undergone since fully committing to sobriety. Finding his confidence and following through to accomplish a major goal are examples he is proud to set for his 11-year-old daughter Izellah. But he knows that change never stops.

Kennedy believes that there is always a choice to become the person you want to be, regardless of one’s past. “You don’t have to be the person you’ve always been. Change is available to everyone – it just takes a lot of work.”

With family roots in Utqiaġvik, Kennedy was born in Fairbanks and raised in Anchorage; he currently resides in Folsom, Calif.