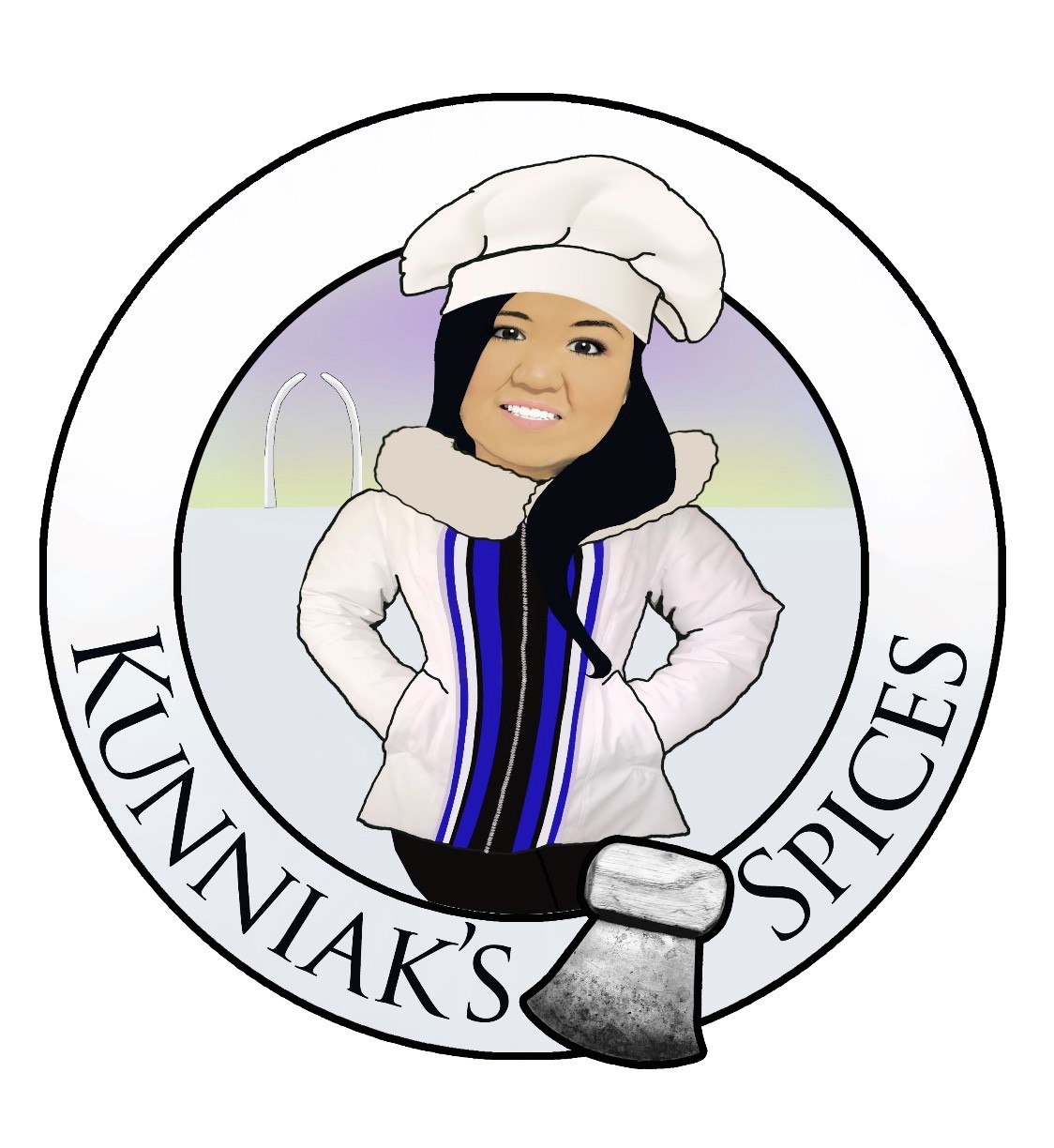 Maktak unites Iñupiat families of the North Slope, where whales feed the entire community. When Kunniak Hopson decided to build a business around this tradition, it’s no surprise that her product quickly became a success.

When Kunniak was growing up, her grandmother used McCormick’s Salt and Spice blend to season the maktak. “It was her favorite,” says Kunniak.

But when McCormick’s stopped making the blend in 2007, Kunniak was determined to continue the tradition she had with her grandmother. She found a recipe online to replicate the spice blend, and decided to make her own concoction inspired by the McCormick’s version.

“I altered it just a little bit – but it started from there.”

Now, nearly three years later, Kunniak’s Spices is not only a popular spice company with 20 different blends, it also serves as an incubator for people to share recipes with one another on a public Facebook group. The Facebook group now has more than 1,800 followers.

The business eventually became successful enough for Kunniak to quit her day job and work on the spices fulltime. She learned how to do her own bookwork, got her food handlers card, and started increasing the amount of orders she could fill.

“When I first started, I’d make a small little batch, and it would just be monthly,” she said. “But now, it’s constantly – every week – that I have to fill orders.”

The North Slope isn’t the only region ordering, either. Orders have gone out to Norway, Canada, and the Lower 48.

Kunniak has some help in the kitchen, though. Her four daughters and her husband pitch in, helping her blend or come up with new flavor ideas.

The family business hasn’t changed home life for her family, but she’s grateful to be home more often. “It’s really just something normal that we do now.”

Kunniak hopes to one day take her spices company back home to Utqiaġvik. She’s also working to get the product onto store shelves.

“It feels really good,” she says of having so many people who want her spices. “It’s expensive, and I thought people probably wouldn’t buy it, but people do. … It’s a wonderful feeling.”